The church St. Demetrius is located in the western part of Varosh, in the area that used to be the economic center of the lower town of medieval Prilep. This monument has a complex architectural composition, formed in a variety of construction dates from the 12th to the 14th century, and the facades with a variety of ceramoplastic decoration have a particular architectural value. The original building dates from the second half of the 12th century, but its final appearance was completed by the pledge of the powerful Missinopolit family, who treated the church as a family memorial in the second half of the 13th and the first decades of the 14th centuries. The church undergone significant architectural changes, and it is an outstanding indicator of the general flows in the development of the church architecture on the wider territory of Macedonia in the late Byzantine period. Its fresco assemble is a product of many painterly engagements from different chronological periods. The preserved frescoes date from the late 12th and early 13th centuries until the last quarter of the 14th century when the painter and metropolitan John was employed for the painting of the dome and the higher zones of the nave. In addition to the artistic value of the frescoes from the second half of the 13th century and the end of the 14 century, the inscription mentioning the imperial couple Andronikos and Irena also stand out with their historical significance, as well as the portrait of Dimitrios Misinopolit in the south aisle. 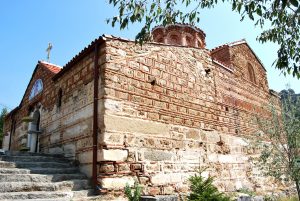 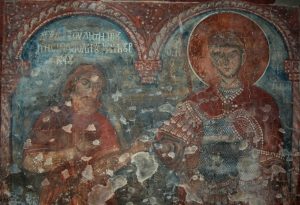 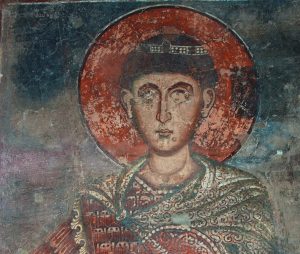