Another important monument of the church-building and the art from the late 13th century is the church St. Nicholas. It was constructed before the year 1298 as an endowment of Vego Kapza and his wife Maria, who probably belonged to the Byzantine military nobility stationed in the stronghold of Prilep. The small dimensions of the church were compensated with the magnificent ceramoplastic decoration on its facade, which lists the Prilep church among the rare examples of Byzantine art with such rich facade ornaments. The painting program, a result of two painting stages also, has great significance. The frescoes in the altar apse date back to about year 1270 and represent the generally accepted tendencies of fresco painting from the second half of the 13th century, based on the artistic understanding of the Komnenian era. Unlike these earlier frescoes, the frescoes in the nave, created in year 1298, representing a unique artistic and iconographical features, that make it impossible identification of the origin of the masters who painted them. 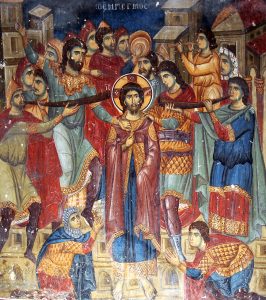 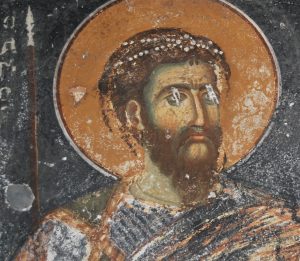