The monumentality and variety of the denudation forms that make up the complex Markovi Kuli are a unique geomorphologic phenomenon that evokes a sense of excitement in every visitor. Although such rock formations are an essential feature of the landscape of the Prilep region and can be traced from Mariovo to Kajmakchalan, the area of Markovi Kuli remains unique both in its relatively large area and in the picturesque shapes of the micro-relief forms.

The main natural significance and uniqueness of this site is the remarkable variety of denudation forms, a result of the geological composition of the terrain i.e. the presence of granite rocks, imprinted and punctured through older gneiss rocks (Prilep granitoid complex). The process of creating the extraordinary forms in the relief of the Markovi Kuli protected area began as early as the Precambrian era when the upper layer composed of metamorphosed and clastic and carbonate rocks from the Mesozoic period stretched over the lower plates. The granite rocks are generally dated to 300-250 million years (Carbon-Perm), but also traces of older magmatism are dated to 600-700 million years (Precambrian). Due to the heterogeneous mineral composition, these rocks are subject to significant selective erosion. Given the number, diversity, and strikingness of the denudation forms in the granite rocks, the area of Markovi Kuli is one of the very few in Europe and beyond. The geomorphological manifestations quads, stratums, peaks, lobes, seams, mushrooms, balls, and various micro-relief forms give special attraction to space. The main conditions for the origin and evolution of this wealth of forms are due to the geological composition of the terrain, water, climate, relief, wind, wildlife, and human influence. Namely, in some of the inselbergs, the geomorphological forms have been altered by anthropogenic influences through the building of numerous old monuments, then various rock cuttings like troughs, vessels, etc. 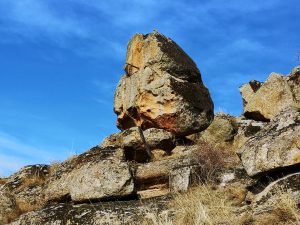 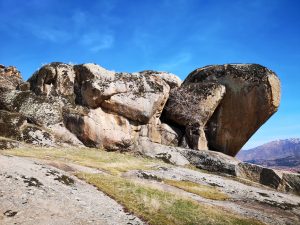 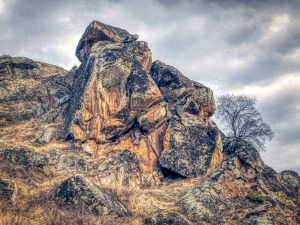 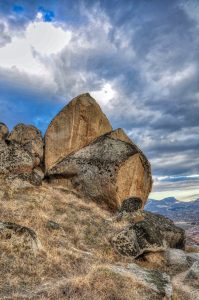