The fascinating processes of formation of the Markovi Kuli area are visible through the denudation relief phenomena – rocky columns and blocks, as well as the hollows on the rock mass. The rock formations, which occur in groups, but also individually, have the most colossal dimensions and most vibrant forms in the surrounding of the peak Zlatovrv and along the eastern ridge – from the Kukul heap to the Edinak peak. In addition to the inselbergs of titanic proportions, the morphological diversity is also evident in the lonely blocks, which represent the most numerous denudation forms in the relief of Markovi Kuli. According to their appearance, these rocky blocks can be divided into slab-like, stack-like, stool-like and mushroom-like. The lonely rock pillars that remain on the topographic surface during the long process of denudation are called “ostenci”. According to the appearance, the individual columns are very diverse, but the ones with the pillar, head and tooth shape are predominant. 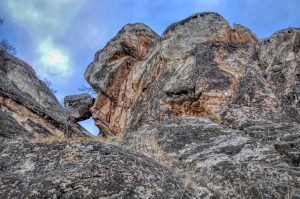 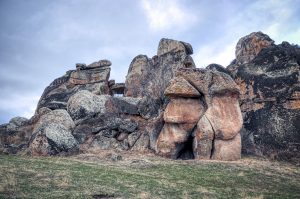