THE MONUMENT OF NATURE AND PROTECTED AREA OF MARKOVI KULI, PRILEP

The Monument of Nature and Protected Area Markovi Kuli spreads north of the modern city of Prilep, the largest city located in the northern part of the Pelagonia valley. The beginnings of the settlement date back to the 15th century. The process of formation of its urban context started during the first phase of its existence and lasted until the end of the 19th / early 20th century, a period when the following unique urban contents were formed: a city-specific street layout, the city Clock tower, the churches of St. Annunciation, Holy Transfiguration, St. Cyril and Methodius, as well as residential buildings with particularly valuable examples of nineteen-twentieth century city architecture. The contemporary city of Prilep is the last phase of human existence in a region with centuries-long and extremely intense cultural events. On this territory, there are particular traces of continuous creative use of the landscape from prehistoric times to the present day, with certain manifestations considered equal to the highest cultural values on the Balkan Peninsula and in the wider Mediterranean basin.

The Markovi Kuli Monument of Nature is located in the central area of the Republic of North Macedonia, covering an area of 3,548 hectares. The relief is part of the low mountain branch of Babuna mountain, which lies between 660 m and 1422 m above sea level. It consists of two verges of imposing inselbergs with the highest peaks Zlatovrv (1,422 m), Lipa (1,392 m) and Edinak (1,313 m). The western range is made up of the inselbergs Markovi Kuli (945 m), Zelenik (993 m) and Zagradski Steni (1,153 m), while the eastern range includes Kukul (978 m), Glajca (1,033 m) and Edinak (1,303 m). The two massifs merge to the north. The protected area is named after the southernmost hill Markovi Kuli with the highest point at Chardak (945 m). This characteristically mountainous area with almost all sides is clearly bounded, by the valley of the river Stara Reka to the north, the river Prilepska Reka to the south and the valley of Prilepsko Pole to the west and southwest.

There is no doubt that the cultural development on the territory of the protected area of Markovi Kuli has been greatly influenced by the diversity of the environment, the ambient, and the landscape. The unusual forms of the rock formations have always incited the imagination of people who recognized various animals or objects in the stone’s lifeless mass. This resulted in the creation of toponyms like the Turtle, Lion, Wolf, Bird, Grandmother, Anvil and the like. The most outstanding feature of the area is the lone rocky lobe (ostenec) beneath the Markovi Kuli hill near Varosh in the local tradition known as the Elephant or the Stork. The suggestive shapes of the rock masses and the inability to comprehend the long-standing geological processes have left people of the past stunned of the Markovi Kuli hill’s exceptional landscape. Because of this, the unusual shapes used to be explained by the presence and actions of the medieval king Marko (1371-1395), whose name the place bears. Our ancestors in the various hollows in the rocks like channels and lobes, seams, mushrooms, balls, and various other micro-relief forms recognized the petrified bodies of the characters from the myths and legends, they saw the footprints of Marko and his horse Sharec, and the faults used to be seen as a testimony to his strength and anger, cause his saber could not be obstructed by a stone, let alone a man. 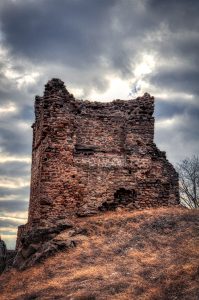 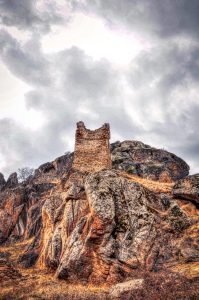 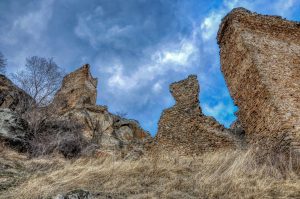 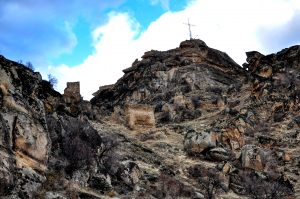 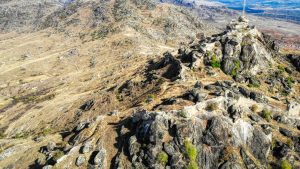